Unified 37: Chaos lived up to its name as fans were treated to four first round finishes in a row leading up to a powerhouse main event. The fight-card took place at a sold-out River Cree Resort and Casino in Enoch, Alberta.

The fight was competitive with both men landing some big shots, but Boser continued to attack the lead leg of Kilkenny who fell to the ground and let out a loud scream forcing the referee to step in and call the fight.

Kilkenny protested the stoppage, but Boser believed it was only a matter of time before he got the job done. 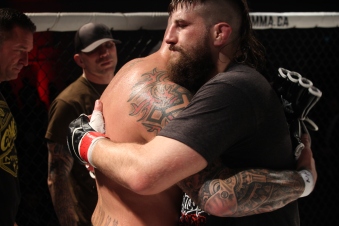 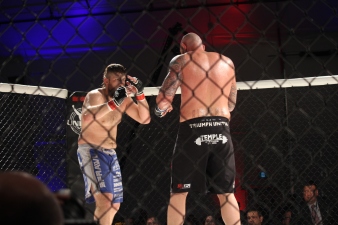 In the Co-Main event two-weight champion Teddy “Bear” Ash (14-4) showed why he has headlined the past four Unified MMA shows after dismantling Neil Berry (8-9) to retain his light heavyweight title.

Berry put the pressure on Ash early and landed some good shots against the cage, but Ash remained calm before landing a big right that dropped Berry.

After a few shots on the ground Ash briefly stood back up, but lunged quickly at Berry and finished the fight with some vicious ground strikes at 4:17 of the very first round.

In the post-fight interview Ash was asked when he will be back in the Unified cage and used the opportunity to call his shot at the UFC.

He will be hard to deny as he continues to rack up big wins against UFC veterans like Victor Valimaki, Dominique Steele, and Seth Baczynski.

Shintani looked sharp early, but got caught with a right hook from Anderson that sent him to the floor and after some quick shots on the ground, the fight was called.

Anderson will look for a shot at gold next and Shintani recently announced he will return to the lightweight division in his next bout.

Edmonton’s own KB Bhullar (7-0) stole the show in his middleweight match-up with Cody Krahn (16-14).

“The Bengal” pounced on his opportunity and scored a massive TKO.

From the moment Triple H’s “The Game” hit the speakers the energy in the room was electric.

Krahn had a strong game plan as he tried to wear down Bhullar, but after exchanging in the clinch, Bhullar was able to drop Krahn against the cage. 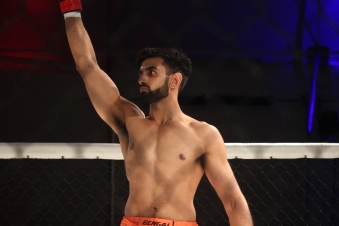 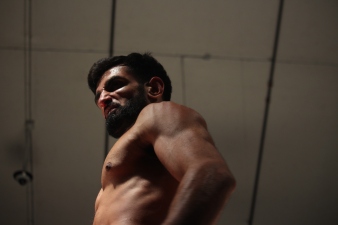 It is clear that Bhullar is a future champion and that a shot at the middleweight strap is likely coming.

Heavyweight contender Christian Larsen (4-1) scored the most impressive finish of the night when he flatlined heavyweight mainstay Tyler King (12-8).

Larsen was relentless in his pursuit of the finish, landing a flurry of uppercuts en route to a statement knockout win.

Unified MMA will celebrate their 10-year anniversary at Unified 38 later this year in Edmonton.

View all posts by kiefer sutherland